How to play American Roulette

Since 00 American Roulette is a trendy game in US casinos, but in Europe, it is almost exclusively an online casino game. The fact that it has one more number than French or European roulette makes winning more difficult.

Although roulette was born in France, it didn’t take long to cross the pond and establish itself as one of the most popular gambling games in America. However, the game’s evolution has led to what has become the most distinctive feature of American roulette: the 00. This double-zero square is exclusive to this version of roulette, which increases the banker’s advantage. It is a top-rated roulette game in the US, while in Europe, its presence is almost limited to online casinos.

The main features of American roulette

We have a roulette wheel with 38 numbers (1 to 36 red and black, 0 and 00 green), but their arrangement is radically different from that in French or European roulette. Thus, 0 and 00 are opposite each other on the cylinder, 1 is opposite 2, 3 is opposite 4, and so on, and the reds are opposite the blacks. This arrangement also means that an even number faces an odd number. American Roulette is played standing up, so the table is higher than in French Roulette – which is played sitting down – but both the table and the tablecloth are smaller. The mechanics of American Roulette are elementary: the player must guess where the metal ball that the croupier throws will land, for which he can place various types of bets either on a specific number or on a series of numbers. If the ball lands on that number or the circumstances on which the player placed the bet (e.g., an even number) are met, the bet is won; if not, the bet is lost.

If we place a single bet and the ball lands on 0 or 00, the bet loses. This is an advantage that casinos have, a disadvantage for the player compared to other forms of Roulette, but it’s a characteristic element of American Roulette. This rule applies in US casinos, though it should be noted that some online casinos offer a partial refund of the bet to the player. In any case, it is the casino’s own decision, far from the spirit of American Roulette.

Where to play American Roulette

Differences between American Roulette and French and European Roulette

Of course, the big difference between American Roulette and French and European Roulette is that American Roulette has another number, the 00, which affects many other aspects of the game. For example, the RTP of American roulette is lower, as is the arrangement of numbers on the roulette wheel, where consecutive numbers line up face-to-face instead of the somewhat more random sequence of numbers in European and French Roulette.

Types of bets in American Roulette

We can also wager on columns or dozens (2 to 1) covering 12 numbers, or we can place simple bets (2 to 1), betting on red/black, even/odd or miss/pass, with which we cover 18 numbers, half of those on the table, not counting 0 and 00. However, there is an exclusive bet in American Roulette, which we don’t find in other types of Roulette because of the entire presence of the 00: the first five (8 to 1), which covers the numbers 0, 00, 1, 2 and 3.

Is there a reliable strategy or trick to play American Roulette and win? The answer is no, as it is a game of chance. In the French and European versions of the game, a strategy that is almost always successful is to keep our bets simple, but having 00 in American Roulette and not having In Prison and La Partage rules makes it somewhat less effective.

Something similar can be said for strategies such as Martingale – doubling your bet after losing – or the D’Alembert method – adding one if you lose and subtracting one if you win – strategies that may work in the long run but require a large bankroll. These two strategies are the most recommended, although we can also find their reverse versions. In any case, neither is a guarantee of success.

But if we’re talking about American Roulette, we should mention the 0 and 00 betting strategy or, if that fails, make bets like Top Five, which cover those two numbers. This strategy is based on a conspiracy theory, which states that if 0 and 00 often fall in favor of the banker in simple bets, then the roulette wheel will be set up so that the frequency of these two numbers in play will be higher. Needless to say, this strategy has no basis because it contradicts the criteria of fair play, and the roulette wheel will be closed. 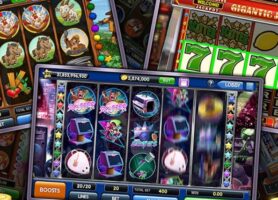